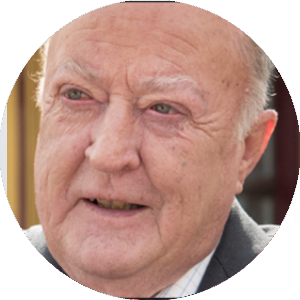 Occupation: A member of the Raidió Pobail board

Labhrás is a man who likes rules and regulations and likes to enforce them. He loves the sound of his own voice, and would not think twice about stealing other people’s ideas and passing them off as his own. However, he can be selfless and put others first, as he proved by taking a pay cut when the radio was short of money.

A stalwart of the local community, he has spent years working for the Community Center and sits on the board of both the centre and the radio. He likes to get his own way and often comes across as a blustering, hot headed, know-it-all when questioned on any of his decisions. He can be very unaware of people at times and could be accused of living life with blinkers on. He does tend to play by the book and have the best interests of the majority at heart. That being said, he’s not opposed to bending these interests for his own benefit, nor is he shy about cosying up to local politicians, like Muireann Uí Gharbháin.

Through working together in the Community Centre, Labhrás has developed great respect for Frances and when he is not driving her crazy they get along quite well.